The covered wagon outside Montana Coffee Traders’ roastery on U.S. 93 suggests the long, storied history of the local coffee company. Though not dating back to the days of the American frontier, Montana Coffee Traders is celebrating a considerable legacy with its 40th anniversary this year.

“We’re so grateful for the community that’s allowed us to exist for 40 years,” Regional Sales Representative Jen Sidor said.

Founder R.C. Beall started the business at the U.S. 93 location in 1981. Since then, Montana Coffee Traders has expanded with four locations, almost 100 employees and a nationwide wholesale network.

Throughout that time, the company has also undergone leadership changes, operational adjustments and a global pandemic. It’s a saga that in many ways mirrors the evolution of the valley itself.

“It really does feel like a thread that has gone through a lot of people that have lived here over the years,” Sidor said.

The business began with roasting. That’s how Beall got started back in 1981, at the roastery that’s still in use today.

Since then, the equipment has been upgraded, from a single Sivetz air bed roaster to two Loring roasters.

Today’s beans are sourced not only for their flavor and caffeine content, but also for their certification as Organic and Fair Trade — principles that might have seemed as foreign in 1981 as the locales where the products are now grown, such as Ethiopia, Costa Rica and El Salvador.

But Sidor said the approach Beall instilled in his first staff members is the same one employed at Montana Coffee Traders’ cafes today.

That business model encompasses friendliness, inclusivity and community spirit. Beall wanted to make sure everyone in his café was part of a conversation.

“The culture he created was so strong, it lasted decades,” Sidor said.

It endured long after Beall moved to Texas in 1993 to start Texas Coffee Traders there.

MONTANA COFFEE Traders spread to Kalispell in 1992, downtown Whitefish in 2001 and Columbia Falls in 2004. Sidor said the convivial culture has been the glue that holds the four Coffee Traders locations together, in spite of their disparate locations and unique identities.

“Over time, we’ve become much more independent while still sticking to the roots R.C. [Beall] created,” she said.

Without Beall at the helm, Montana Coffee Traders took on a cooperative leadership style, splitting different areas of the business among specialized department heads.

Heather Vrentas serves as the general manager of the company now, although Beall and his wife Beth are still actively involved as well.

Four decades in the business haven’t been without their challenges.

Last spring, Montana Coffee Traders retooled the U.S. 93 café to create a more flexible, resilient model known as the MCT Mercantile. Its debut was one of the many changes implemented in response to the COVID-19 pandemic.

This year, the company made the difficult decision to suspend operations in Kalispell due to a widespread staffing shortage. With the focus trained on the cafes in Whitefish and Columbia Falls, the Main Street location might not reopen until fall 2021.

And a hoped-for 40th anniversary ceremony remains up in the air as Coffee Traders’ leadership continues to evaluate the safest way to celebrate. In honor of the anniversary, Montana Coffee Traders is releasing a special edition blend known as ’81, and management is hopeful supporters will get the chance to enjoy it together at a gathering in the fall.

As she thought back on the history of the company, Sidor reminisced about the pine tree that grew in the middle of the Columbia Falls coffeeshop, giving that spot the colloquial nickname “The Pines.”

The tree isn’t blooming anymore, but it’s still the centerpiece of the Columbia Falls location. Like that tree, Montana Coffee Traders has grown and changed over time, remaining a pillar of the community.

Reporter Bret Anne Serbin may be reached at 758-4459 or bserbin@dailyinterlake.com. 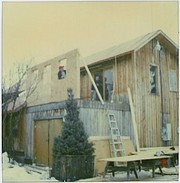 Coffee with a cop | News

How to Make Foamy Turkish Coffee | With Important Tips